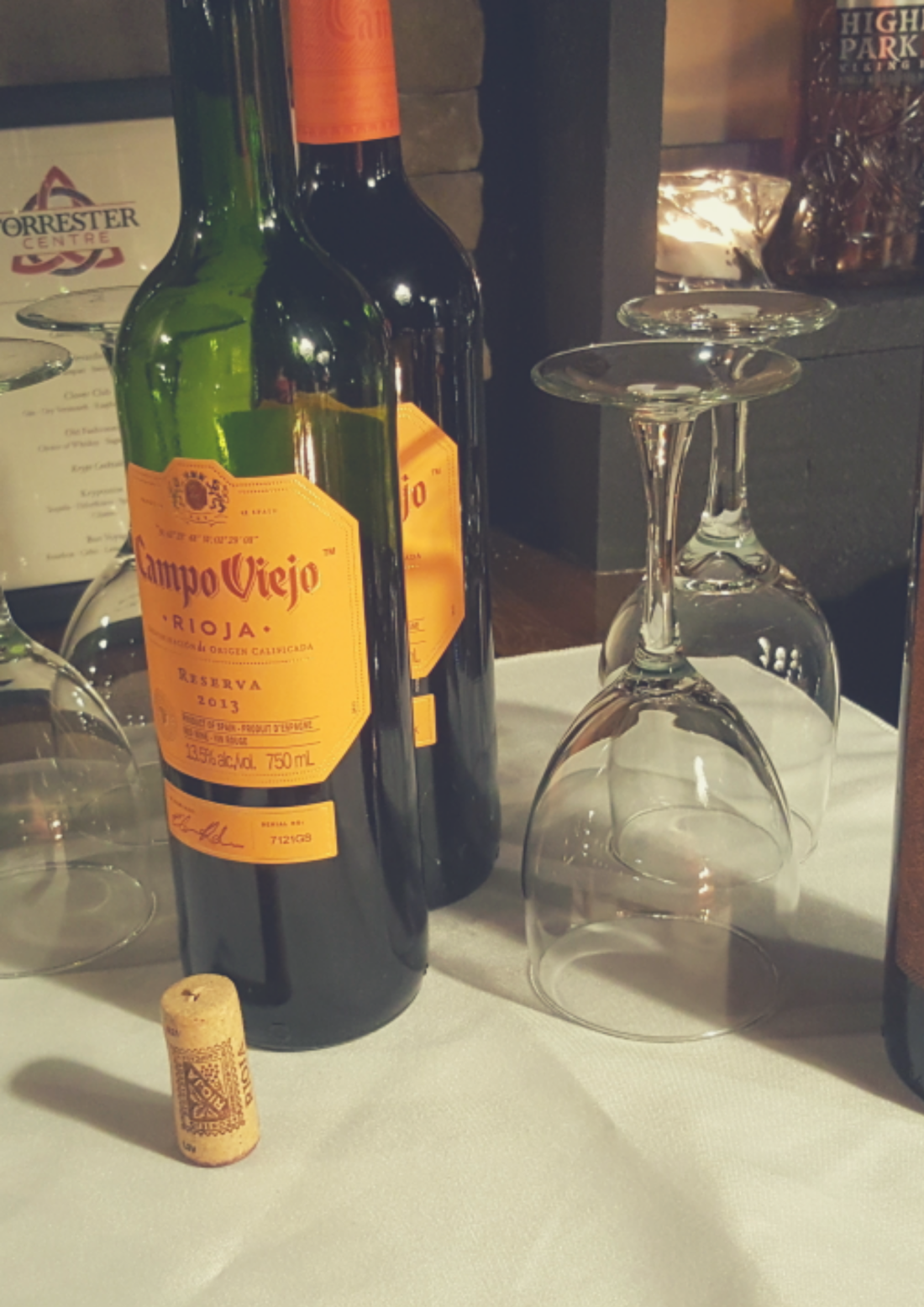 Spain’s region of Rioja has the right climate, soil and winemaking traditions to produce one of the most prestigious wines in the world. Tempranillo grapes (maker of Spain’s top red wines) is by far the most important variety in Rioja, but it’s the combination with Garnacha grapes, which provide more of a fruitful body, that creates such a well-balanced, complex blend.

So, why is Rioja wine SO good?
At a recent Pour Decisions’ wine tasting, I introduced many people to Rioja Reserva and the response was overwhelming. People noticed its clear deep ruby colour in the glass. To me, it looks fuller bodied than it actually was. On the nose, it was clean with black cherry, blueberry, and some vanilla/oaky notes. On the palate, it is medium dry, with medium acidity and tannins.

(Can be purchased at Bishop’s Cellar)

What makes quality Rioja wine?
Something cool I’ve learned is that Rioja wine by law has to be in the best condition for drinking to be sold. This means that all the wineries have to dedicate space and time for aging their wines if they want to get the Rioja accreditation. It’s also characterized not by its fermentation techniques, but by its barrel maturation, which we discuss below.

Aging Terms
Rioja wine can be put into one of three categories depending on the vintage/aging process:

What is Tempranillo wine?
Tempranillo is Spain’s top red wine grape. It’s typically labeled by its regional name (i.e. Rioja, Ribera Del Guadiana). Tempranillo has been planted so plentiful throughout Spain that it was the world’s fourth most popular wine variety in 2010. Its grape is thin-skinned and capable of making deep coloured, long-lasting wines that are not very high in alcohol. It prospers there due to the perfect conditions from the altitude – and night-time temperatures. Tempranillo produces both red and white wines that can withstand long aging periods, have a good balance of alcohol, colour and acidity, and a smooth, fruity texture that turns velvety as it ages.